I’ve shared variations of this post in the past. Because Christmas is just days away I thought it appropriate to share it once again. Enjoy and Merry Christmas!

Santa Claus is the greatest salesman who ever lived! Why do I believe Santa is the ultimate salesman? To start, he has a couple of success stories most of us can’t compete with. First, he’s successfully run the same family business for hundreds of years. There’s something to be said for stability, especially over the long haul.

Second, Santa has a client base that expands every year — no matter the state of the global economy.

Can your business make those two claims?

But those aren’t the reasons I believe Santa is the greatest salesman who ever lived. Contrary to what you might think, his success doesn’t come from his business savvy. After all, consider the obstacles he has to deal with.

So there you have it, six reasons behind the success of jolly old St. Nick. Did you notice that everything Santa does is within your power to do with your customers? That’s right, there’s no reason you can’t do the same things Santa does. And here’s some welcome news for most of you – you don’t have to wear a silly red uniform while you do those things!

I hope you enjoyed this post and that you and your loved ones have a very Merry Christmas and Happy New Year! 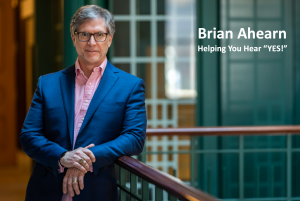 Brian Ahearn, CMCT®, is the Chief Influence Officer at Influence PEOPLE, LLC. An author, international trainer, coach and consultant, he’s one of only 20 people in the world personally trained by Robert Cialdini, Ph.D., the most cited living social psychologist on the planet on the science of ethical influence and persuasion.

Brian’s book, Influence PEOPLE: Powerful Everyday Opportunities to Persuade that are Lasting and Ethical, was a top 10 selling Amazon book in several insurance categories and top 50 in sales & selling. His LinkedIn Learning courses on sales and coaching have been viewed by more than 85,000 people around the world! 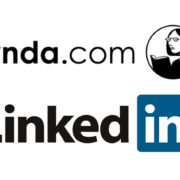 WIIFM – Is It Always The Motivation?

What Reciprocity Is and What It Is Not

“Improv” Your Sales with Improv Comedy

The Greatest Salesman Who Ever Lived - Santa!

Setting the Stage for a Successful Sales Call
0 replies

What Goes Around Comes Around: Dysfunctional Politics

PAVE the Way for New Year’s Resolutions
Scroll to top