Have you ever watched a tennis match where one player won more games but not enough sets and ended up losing the match? How about a football game where one team dominated the stats, held the lead the entire game but then lost on the last play? Here’s one that’s still fresh; a presidential election where one candidate won the popular vote, but not the delegate count, and lost the election?

In each case the losing side, fans or voters often say, “Yeah, but…” then talk about how their team, player or candidate should have won. The reality is it doesn’t matter how much one side dominates if they end up losing according to the rules. Tennis matches are won in sets, football games on the scoreboard and presidential elections are based on the electoral college vote. Know the game you’re playing!

This came to mind recently when people said President Trump was mentally unstable and unfit for office. If you followed the story did you notice he didn’t try to defend his mental stability or fitness? He went to an extreme, calling himself a “very stable genius” and it was a genius persuasive move. You might be wondering why I’d write that considering I’m not a Trump voter (I didn’t vote for Hillary either). I write that because it was brilliant anchoring on Trump’s part.

Anchoring is a term used in psychology that can be described this way; when you put out something like a number, it acts as an anchor and begins to change people’s minds in reference to that point. For example, if I want to sell something for $1000, when I put out that first offer it’s very likely what I end up getting will be closer to $1000 than if I’d not made that original offer.

In the case of Trump, he ignored the mentally unstable comments. If he would have tried to defend his stability around that singular point he would not have been nearly as successful as he was when he referred to himself as a “very stable genius.” Now you might have argued, as many others did, “I don’t think he’s a genius. In fact, I don’t know anyone who thinks he’s a genius!”  But do you see what happened there? The conversation shifted from mentally unstable to debating whether or not he was a genius. Maybe he’s not a genius, only really smart. Or perhaps he’s just smart. Some might still call him dumb but he shifted the entire conversation away from being mentally unstable and unfit to be president!

Do you recall him using this approach during the election? He boasted he knew more than the generals about ISIS. People knew that wasn’t the case but the debate wasn’t that he knew nothing, it was whether or not he knew as much as the generals.

Nobel prize winning psychologist Daniel Kahneman was right when he wrote in Thinking, Fast and Slow, “Nothing in life is ever as important as you think it is, while you are thinking about it.” We’re not thinking about much except Trump. His controversies are just a footnote in our thoughts because they keep changing but he remains constantly in the news and on our minds.

You might relate to this from your childhood. When I was growing up there were certain kids who got picked on regularly. Those who got angry, yelled back and made a scene played into the bullies’ hands because the bullies got under their skin. The bullies poked to get a reaction and it worked on most kids. In other words, those being picked on didn’t know the game the bullies were playing.

I don’t write this in support of Trump nor do I write it to discredit him. Whoever is president – democrat or republican – I want that person to succeed for the good of our country. I wrote this post because whether it’s Trump or anyone else you need to know the game that’s being played otherwise you’ll get played.

Brian Ahearn, CMCT®, is the Chief Influence Officer at InfluencePEOPLE. His Lynda.com course, Persuasive Selling, has been viewed more than 110,000 times! Have you seen it yet? Watch it to learn how to ethically engage the psychology of persuasion throughout the sales process. 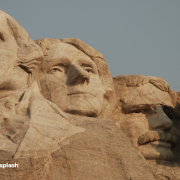 What Goes Around Comes Around: Dysfunctional Politics

You’re Sure You’re Right? Really Sure?

The Politics of Fear: They’re Trying to Scarcity the Hell Out of You 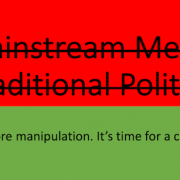 Do We Need Term Limits for a Better America?

The Adjustment Bureau of Politics and Persuasion
1 reply

Slow Down to Speed Up
Scroll to top