If you were a fan of The Office you know Michael Scott, the manager of the Dunder Mifflin paper supply office in Scranton, PA, was fond of saying, “That’s what she said.” Michael’s references usually had a sexual overtone but don’t worry, that’s not where I’m going. I’m also not going to talk about miscommunication between men and women although, according to some people we’re from different planets.

I’d like to talk a little about the sender-receiver model of communication. This is important because two people can say exactly the same thing and get entirely different results. In the most basic sense we can break down verbal communication as follows:

If you want to become a master of persuasion you have to understand the sender-receiver dynamic and be able to adjust accordingly or else you’ll fail more than you need to. Let me lay out a scenario.

You’re in the airport and have a tight connection for your next flight. If you miss it there’s only one other available flight to get you in on time for an important business dinner. The gate agent has just informed everyone your flight is delayed by 30 minutes. You have to make a decision about whether or not to gamble and stay on your assigned flight or try to get on the other flight. You’re stressed as you approach the gate agent and say:

“I have to get to [city] today so what are my options?”

The words are not in dispute but how you said it, taking into account tone and body language, can come across quite different than you might intend. You may have thought you were calm and polite when in reality you came across as angry and demanding. There’s what you “think” you said and what you actually said.

But that’s only half of the equation. What about the gate agent (receiver)? This person has their own filter. He or she might have just started their shift so they’re rested and calm. If that’s the case, and he or she maintains a positive attitude, they will probably “hear” you as someone who is expressing some nerves and in need of help. It’s likely the gate agent will be polite and helpful.

But what if the gate agent is at the end of a long shift, has dealt with several other delays and is tired of angry travelers? Under those circumstances they might be at the end of their wits. Through their filter you’re just another angry, demanding traveler who verbally abuses gate agents even though they have no control over what happens with planes.

As you can see, there are lots of ways this can play out depending on what you think you said and what the other person thinks they heard. The only thing you can control is yourself so taking a moment to make sure you’re calm, collected, positive, and clear about your needs is your best bet.

What about the gate agent? You don’t know what their filter is but a little empathy goes a long way if you hope they “hear” something different from you. Acknowledging they have a tough job might make all the difference. It could be as simple saying, “I bet it’s been a rough day with another delay to deal with,” before sharing your needs.

Never forget, beyond the words and principles of influence you use there’s more going on than meets the eye. Taking a moment to consider how you’ll come across and how the other person might receive you is always a good investment of your time. 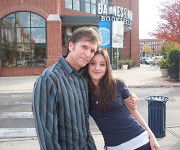 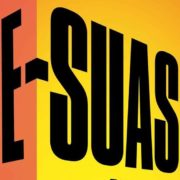 Some Problems with American Politics 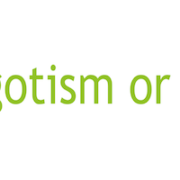 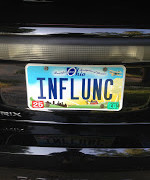 If You Were My Son
4 replies