Not too long ago, during his first Republican Presidential debate, Texas Governor Rick Perry ruffled more than a few feathers when he referred to Social Security as a

“Ponzi scheme.” Because of the ensuing buzz I thought it would be good to
explore his statement and the potential impact on his run for president of the
United States.

In
the age of political correctness Perry certainly went out on a limb with his
Ponzi scheme reference. Later he said, “I think American citizens are just
tired of this political correctness and politicians who are tiptoeing around
important issues. They want a decisive leader. I’m comfortable that the
rhetoric I have used was both descriptive and spot on.”
This
post is not about a party, program or political positions; it’s about his
statement and the psychology it evokes.
Social
Security has been a part of the fabric of this country for more than 70 years
and as such, it’s become something people have come to expect. We can rightly
call it an entitlement program because after people pay into it their entire
working lives they expect the government to give them something in return.
We
hear all the time that Social Security is broken but very few people want to do
away with it. After all, if we did then millions of people would get nothing.
While they might feel like they get nothing when they pay other taxes, with
this particular tax they were told they would get something and mentally it’s
already theirs.
When
Social Security is compared to a Ponzi scheme – which is illegal – people begin
to wonder what a person like Rick Perry might do with the program. After all,
the government is supposed to stop illegal activity. The element of an ever
growing base of contributors needed to keep it going is what leads many people
to view the program as a Ponzi scheme. However, it’s very different than BernieMadoff’s Ponzi scheme. As I wrote earlier, this post isn’t about debating the
merits of Social Security because plenty of other blogs, news outlets and talk
radio shows are already doing that. My goal is simply to look at how Perry’s
statement might be taken by a large percentage of the population.
In
the realm of psychology there’s a principle of influence known as scarcity. This
principle tells us people value things more when they believe they’re rare or
diminishing. Put another way, we are more motivated to action by what we fear
we’ll lose as opposed to what we might gain.
How
does scarcity apply to Perry’s Ponzi scheme reference? I think most Americans
realize Social Security is not sustainable in its current form but they also don’t
want to pay more taxes to support it. On the flip side, very few if any people
will declare they’re doing well enough and are willing to forego what they’re
rightly entitled to.
As
I noted earlier, Ponzi schemes are illegal and if Americans think Governor
Perry will do away with Social Security then I think he’s doomed. He might
still win the Republican primary but he’s preaching to the choir there. I do
believe in the general election the Democrats will play on his statement and
get Americans to believe Rick Perry won’t reform the program; he’ll do away
with it entirely. That will be his undoing because those critical independents
and undecided voters usually swing elections. If they believe he might do away
with something they’re counting on then scarcity kicks in and they’ll be very likely
to vote against him.
I’m
not a politician and generally prefer to stay away from political subjects but
I felt this one was worth looking at from the perspective of influence. There’s
still a long time before the primaries and the general election so that’s
plenty of time for others to potentially make bigger blunders. However, should
Perry square off with President Obama in November 2012 pay particular attention
to how his opponents use this statement against him.
Brian,
CMCT
influencepeople
Helping You Learn to Hear “Yes”.
https://www.influencepeople.biz/wp-content/uploads/2016/01/logo.png 0 0 Brian Ahearn, CMCT® https://www.influencepeople.biz/wp-content/uploads/2016/01/logo.png Brian Ahearn, CMCT®2011-09-26 21:30:002017-11-14 21:14:30Rick Perry declares Social Security a Ponzi Scheme 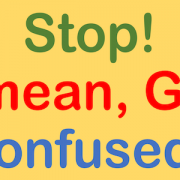 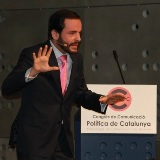 PEOPLE – What is Ethical Persuasion?

Bribes, Rewards or Gifts – Which is Best? 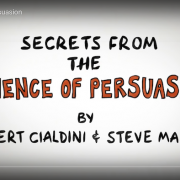 Persuasion: Your Key to Professional Success and Personal Happiness

Parenting and the Garden of Eden 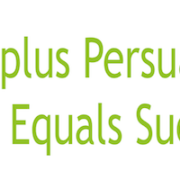 Halo Good Looking! Are You as Talented as I Think?

Influencers from Around the World - Influence Yourself
3 replies

One of Persuasion’s “Bear” Essentials Influencers from Around the World: Secrets of an Aussie Debt Collector
Scroll to top