How can you become more influential in the blink of an eye? This week I’m going to show you how can you use a concept from Malcolm Gladwell’s best selling book Blink in conjunction with Dale Carnegie’s classic How to Win Friends and Influence People to become a more persuasive person. And the best part is this; it’s so simple it will take no more than 10 seconds a day!

In Blink Gladwell discusses a psychological concept known as “priming.” He cites several studies that clearly show people’s behavior can be influenced by mere exposure to words, even though they are totally unaware of it. I encourage you to pick up the book and read for yourself how NYU students became more, or less, patient depending on certain words they saw. Or perhaps you’ll be more interested to read about people acting older just because they read a few words associated with the elderly.
One other fascinating study showed people were smarter by focusing on smart things immediately prior to playing the game Trivial Pursuit.

So here’s how I’ve used Blink in conjunction with How to Win Friends and Influence People to be more persuasive. In order to be persuasive you have to put into action what you know. Unfortunately we forget a lot of the cool stuff we learn. Although I read and study a lot because I teach a variety of sales courses, I have to admit, my memory is not the greatest. Even though I’ve taught Dale Carnegie’s material dozens and dozens of times I could not recite all of his tips from memory. To overcome this I’ve taken his tips and dropped them into a recurring task in Microsoft Outlook so now, every morning when I log on at work, the task opens automatically and I’m exposed to Dale Carnegie ideas. I don’t read all of them each day — remember, I said just 10 seconds — I just take them like a vitamin, one a day.

Whatever day of the month it is, I simply read the tip for that particular day. For example, if it’s the 16th of the month I scroll down and read, “Let the other person feel the idea is theirs.” While I may not have all 30 tips committed to memory I know because of priming that mere exposure to Carnegie’s sound advice will positively impact my behavior. Over time it starts to become second nature to to avoid arguments, focus on people’s names, dramatize ideas, etc. In essence I’m doing it without even thinking about it.

Below are Dale Carnegie’s tips and to the right you’ll see how some correspond to Dr. Cialdini’s principles of influence. I encourage you to copy the list and put it somewhere that will allow you to see it daily. Do so and you too can become more influential…in the blink of an eye.

Fundamental Techniques in Handling People
1 Don’t criticize, condemn or complain.
2 Give honest, sincere appreciation. Liking
3 Arouse in the other person an eager want.

Six Ways to Make People Like You
4 Become genuinely interested in other people. Liking
5 Smile. Reciprocation
6 Remember their name. Liking
7 Be a good listener & encourage others to talk about themselves. Liking
8 Talk in terms of the other person’s interests. Liking
9 Make the other person feel important. Liking

How to Win People to Your Way of Thinking
10 Avoid arguments.
11 Show respect for other’s opinions and never say, “You’re wrong.”
12 If you are wrong, admit it quickly & emphatically. Authority
13 Begin in a friendly way. Reciprocity
14 Get the other person to say “yes” immediately. Consistency
15 Let the other person do a great deal of the talking.
16 Let the other person feel the idea is theirs. Consistency
17 Try to see things from the other’s point of view.
18 Be sympathetic to other’s ideas and desires.
19 Appeal to the nobler motives. Consistency
20 Dramatize your ideas. Contrast
21 Throw down a challenge.

Be a Leader: How to Encourage People to Change without Giving Offense
22 Begin with praise and honest appreciation. Liking
23 Call attention to mistakes indirectly.
24 Talk about your own mistakes before criticizing. Authority
25 Ask questions instead of giving direct orders. Consistency
26 Let the other person save face.
27 Praise the slightest, and every improvement. Liking
28 Give the other person a fine reputation to live up to. Consistency
29 Use encouragement and make the fault seem easy to correct.
30 Make the other person happy about doing the thing you suggest. 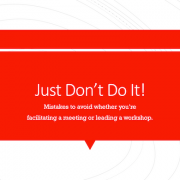 Just Don't Do It!

Cruising along with Influence

Why Influence is all about PEOPLE

Careful What You Say Because It Affects Everything
1 reply 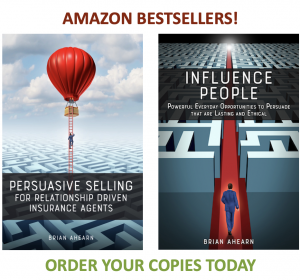